What’s great about Fall Guys, one of the most unusual games released this August, is that it’s, in fact, a platform for mini-games sharing the same looks and physics but featuring varying gameplay. It’s an online multiplayer game, designed in a cartoonish style, easy and fast, and very addictive. Its multiplayer is well balanced, so Fall Guys PS players can compete with PC gamers, with no side handicapped.

Not being such an open platform as, say, Roblox, Fall Guys is still a promising one.  Fall Guys game has just recently started; probably it will deliver more mini-games with each update. But so far, here are the highest-ranked mini-games in it. 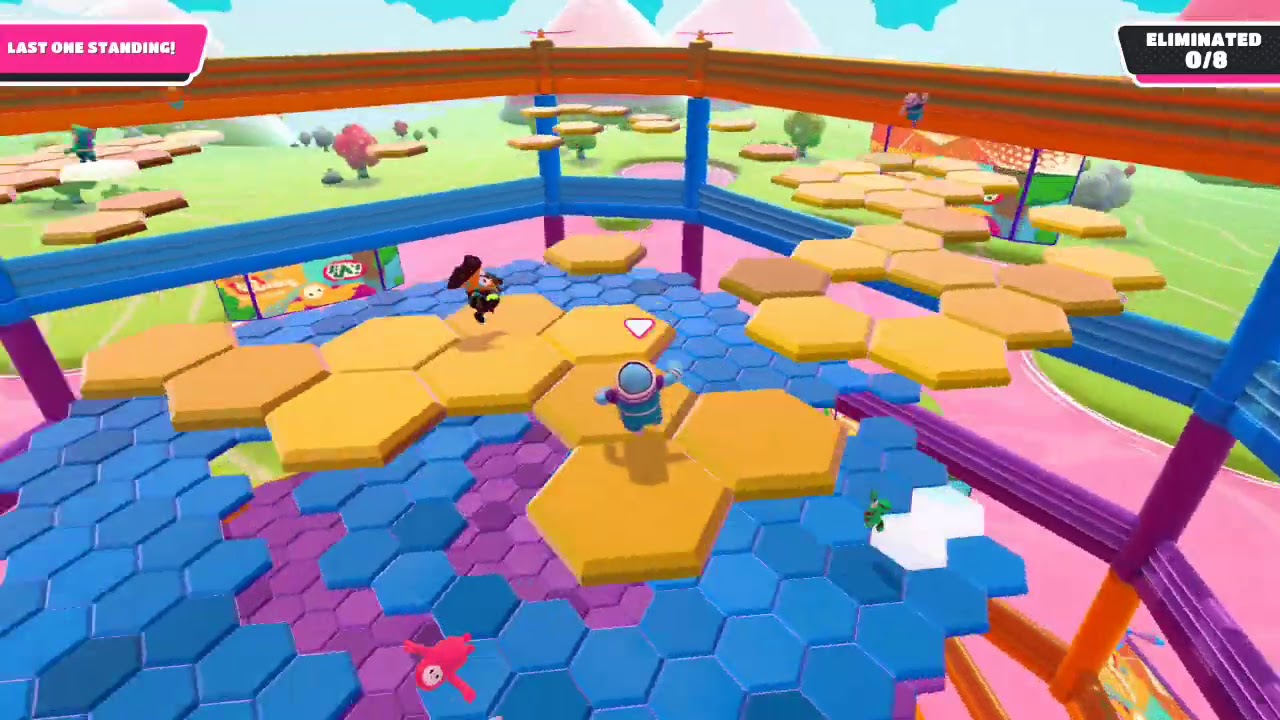 It’s probably the best of mini-games in Fall Guys. In it, players run around on a platform of hexagonal tiles that fall when stepped on. The mission is to stay longer than others, provoking them down – a sort of Battle Royale with no weapons. It takes both strategy and swiftness to win in it.

If you want a sort of Wipeout in Fall Guys, here comes The Whirlygig. This game is a very inventive obstacle course race, featuring many chokepoints, turbines, bottlenecks, and other obstacles that keep the unlucky behind. Even watching it feels like a very funny show. There is no “death”: being hit just slows you down – and thus leaves no chance to win.

It’s another great obstacle course race, on a field that reminds a pinball machine, but you feel like you’re a ball in it. The mess made in it by a hurrying crowd is very spectacular, especially given that in this game you can catch up with others even after first mistakes. And yes, it’s among the shortest and thus tempting to start over.

It’s an obvious homage to Rocket League – except there are no cars, and your fall guys hit the two enormous two balls themselves. In other aspects, everything is very similar, from the construction of the stadium to gameplay mechanics. 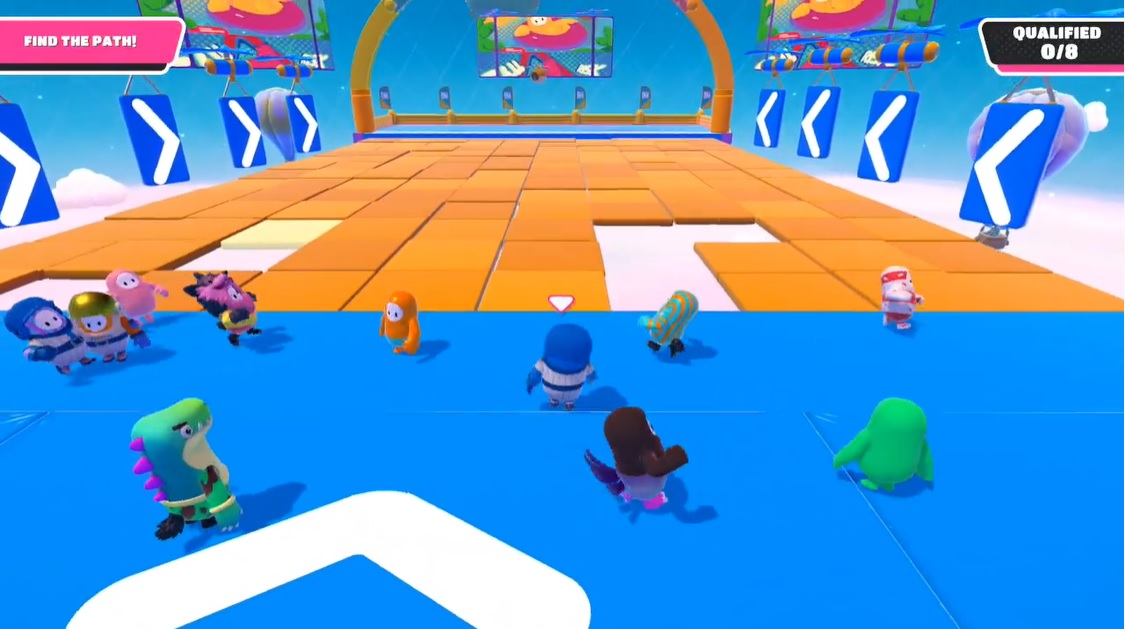 It’s one of the most provocative mini-games. The mission here is to run to the end of the field made of tiles. Some tiles are falling as you step on them, throwing you back to the start. The solid ones remain, but within seconds they change their colors back, and the fallen ones recover. You can survive several fallbacks and still win if you have a good memory, and the others lack confidence to try and explore.

Be careful when jumping! The task of this one is simple: jump over the green lower rotating pole, avoid hitting the pink upper one. Despite its simplicity, the mini-game is quite hard and is arguably among the most unusual ones on the list.

Though the idea of this game mirrors that of Tip Toe (dare and have a little luck), it looks different. The crowd runs through rows of doors; most of them are closed but some open as you hit them. It’s another game where you can qualify even if you failed at the beginning.

And this is one of the rare co-op mini-games in Fall Guys. The survivors organize in three teams randomly and get busy pushing their balls to the corresponding corners of the playground. The losing team doesn’t qualify and make it.

There Is Always More

We will not describe all Fall Guys mini-games, as most of them mirror those above to some extent. Anyway, as you play it, you will have to play the game through.

And what are your most and least favorite mini-games in Fall Guys? Let us know in the comment section!